We offer services for Damp Proofing & Timber Treatments in Ipswich, Suffolk and surrounding areas. We are damp experts with many years of experience in providing treatment for rising damp, penetrating damp and condensation.

Damp can occur for a number of reasons such as poor ventilation, poor maintenance and a faulty damp proof course (DPC).

Having damp problems in the past was largely due to poor maintenance of the property which has led to leaks. More recently it has been down to poorly developed building work by builders which has not allowed the moisture to escape.

There are four main types of dampness that could affect your home. It is important to understand the difference between them so the problem can be treated.

Rising damp is caused by water rising from the ground into the home. The water gets through or around a defective damp proof course (DPC) or passes through the natural brickwork if the property was built without a DPC. A DPC is a horizontal layer of waterproof material put in the walls of a building just above ground level. It stops moisture rising through the walls. Rising damp will only affect basements and ground floor rooms. It will normally rise no more than 1 metre above ground level and usually leaves a ‘tide mark’ low down on the wall. You may also notice white salts on the affected areas.

It is worth checking that materials, such as soil or building materials, are not left against the outside of walls as this may allow the dampness to bypass (bridge) the DPC and cause dampness in an otherwise sound wall. Ideally the DPC will be a minimum of 6 inches (150mm) above ground level.

If the DPC has been bypassed it is a simple measure to remove the materials as this will allow the walls to dry out, otherwise the services of a reputable damp proofing specialist should be employed. Tenants should ask their landlord to investigate further.

Mould will rarely be seen where there is rising damp (and then only in the early stages). This is because rising dampness carries with it salts that prevent the growth of mould.

This type of damp will only be found on external walls or, in the case of roof leaks, on ceilings. It only appears because of a defect in the structure of the home, such as missing pointing to the brickwork, missing roof tiles, loose flashing or leaking gutters. These defects then allow water to pass from the outside to the inner surfaces.

Mould may be seen on areas of penetrating dampness. Mould could however be absent as the dampness contains salts picked up when passing through the wall, which may prevent the growth of mould.

Leaks from water and waste pipes, especially in bathrooms and kitchens, are relatively common. They can affect both external and internal walls and ceilings. The affected area looks and feels damp to the touch and stays damp whatever the weather conditions outside.  In cases when leaks are not attended to, rot may become established in wooden joists and floor boards leading to a risk of collapse in severe cases.

Mould may be seen with this type of dampness and even fungi are not uncommon if the defects are not addressed.

This is by far the most common cause of dampness. Condensation is caused by water vapour or moisture in the air, inside the dwelling, coming into contact with a colder surface, such as a window or wall. The drop in temperature causes water to form on the surface. This water may then soak into the wallpaper, paintwork or plasterwork. Mould spores are invisible to the naked eye but are in the air all around us all of the time and will quickly grow on surfaces where condensation has formed into a visible covering.

Condensation mainly occurs during the colder months, whether it is rainy or dry outside. It is usually found in the corners of rooms, north facing walls and on or near windows. It is also found in areas of little air circulation such as behind wardrobes and beds, especially when they are pushed up against external walls.

Mould is almost always seen with this type of dampness and is normally the first symptom to cause concern.

Condensation and mould growth are often due to habits and lifestyles that can be simply reduced or remedied by the householder. Cooking, washing, drying clothes indoors, even breathing, all produce water vapour that can only be seen when tiny drops of water (condensation) appear on colder surfaces such as walls, windows, ceilings or mirrors and often unseen on clothing, shoes and furniture.

The amount of condensation in a home depends upon a number of things, most importantly:

Simply turning up the heating will not sort out the problem, this may only temporarily reduce condensation. All factors may need to be looked at to reduce the problem. The first sign of a problem is often water vapour condensing on windows and other cold surfaces, which then takes a long time to disappear. This allows the surfaces to become damp resulting in mould growing on these damp areas.

Mould spores are invisible to the human eye and are always present in the atmosphere both inside and outside of homes. They only become noticeable when they land on a surface upon which they can grow and then multiply.

Ordinary daily activities produce a lot of moisture, to reduce this:

In cold weather, the best way to keep rooms warm and avoid condensation is to keep low background heat on all day rather than short bursts of high heat when you are in the house. Do not be tempted to turn off the radiators in unused rooms as this could give rise to dampness and mould growth that you will be unaware of. Good heating controls on your radiators, room thermostats and a timer will help control the heating throughout your house and manage costs.

Mould can grow on walls, ceilings, furnishings and even on clothes and toys, which can be depressing and a risk to health.

To kill and remove the mould:

Striking the right balance between warmth and ventilation is important and can be very effective. By opening windows or ventilating your home it may appear that you are losing some heat, but what you are actually doing is allowing warm moisture-laden air to escape and allowing dry air to enter your home.

Many people who have double-glazing installed experience problems with condensation and mould growth that they never had with their old draughty window frames. This is because all the natural draughts around the poorly fitted windows have been sealed. However, by using trickle vents or opening windows slightly, then the necessary ventilation level can be achieved.

Ventilation needs to be provided for an appropriate period of time depending on how much water that you produce in the home and on weather conditions. On a warm dry day ventilation should be done to the maximum, on a cold wet day ventilation may not be of any help except in a bathroom or kitchen where most water is produced. It should not be necessary to leave all windows open all day. 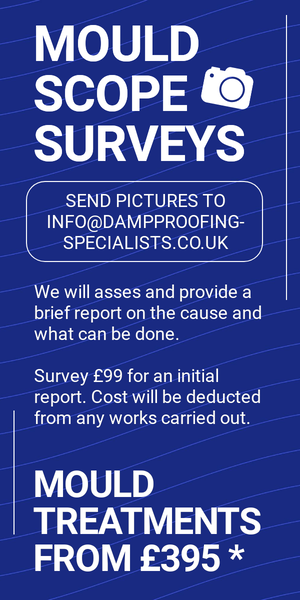 Some of the common signs of damp inside a house include: 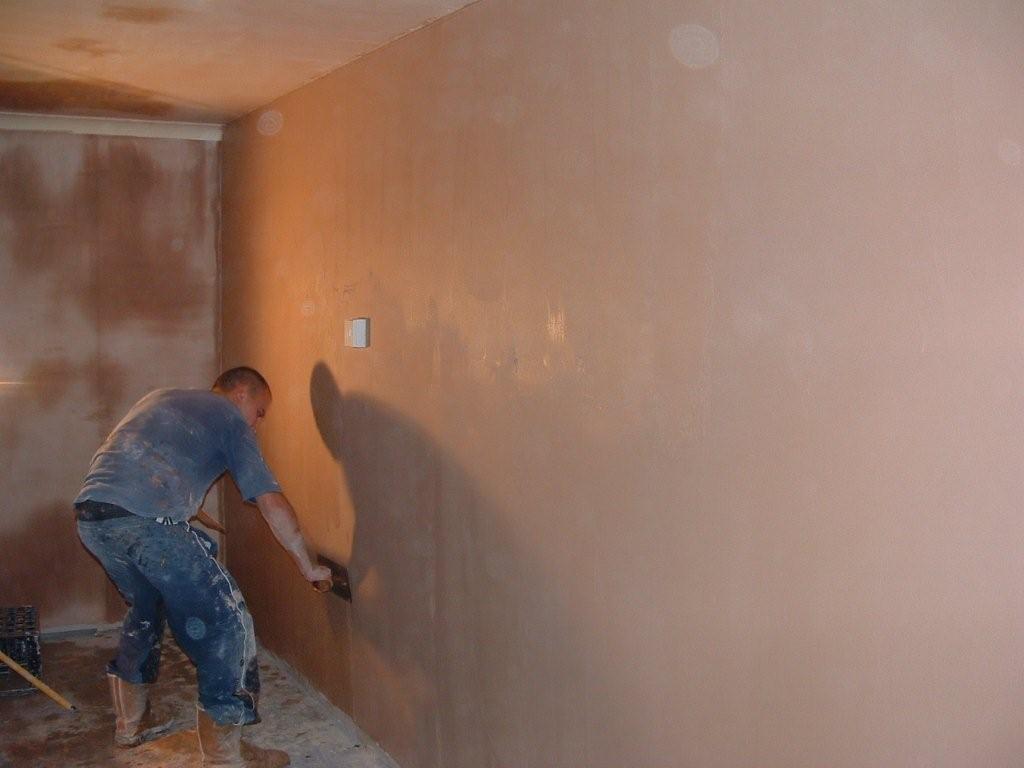 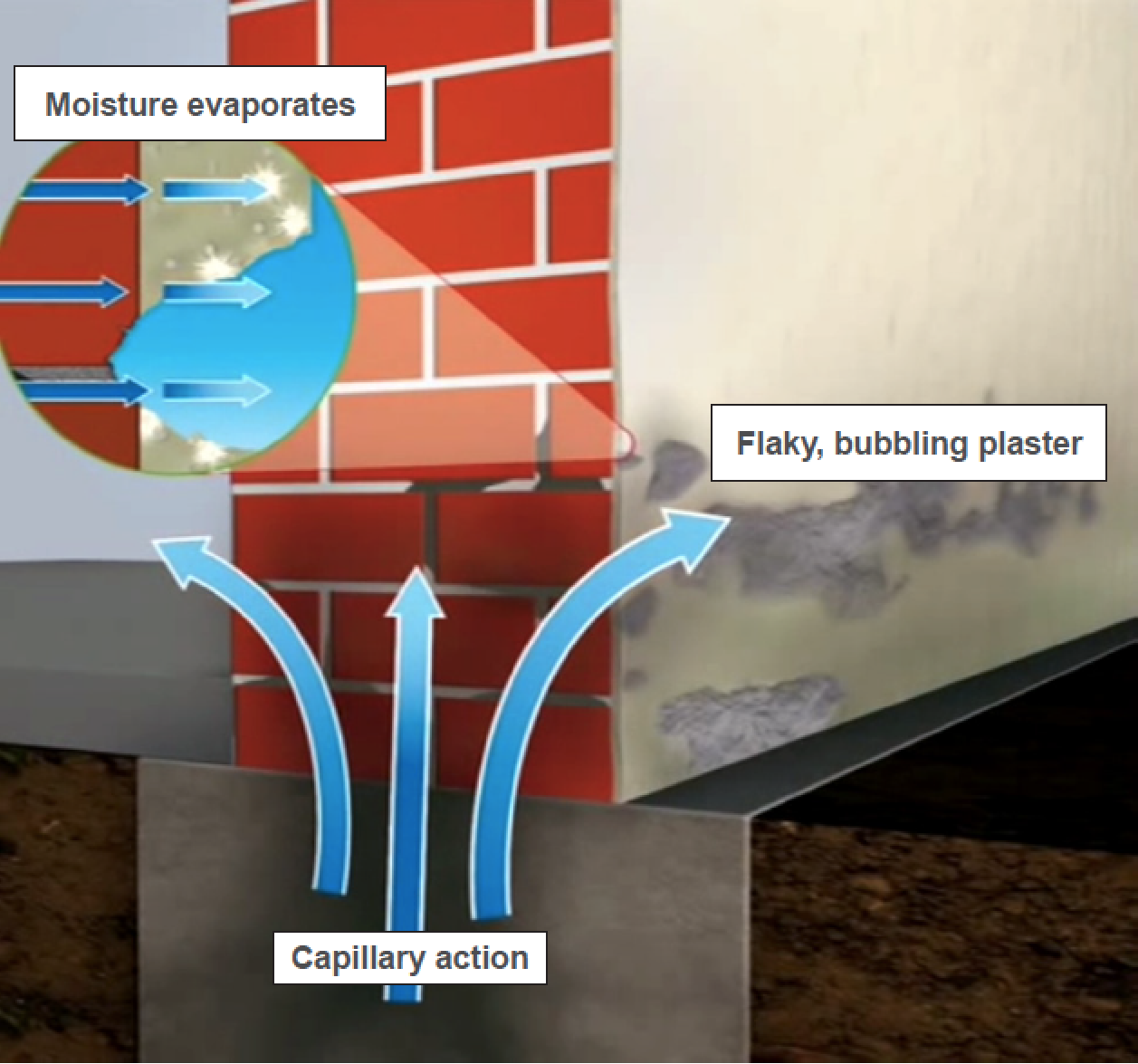 How to Treat a Damp Basement

You should always make sure to treat damp as soon as you can spot it. Here are some top tips to help you address any small-scale damp issues and protect your basement from damp in the future.

Despite this, sometimes you need to enlist the help of an expert to employ professional damp proofing techniques and dry out your soggy basement. For instance, basement tanking is a trusted option. It can help to prevent penetrating damp in your basement and will address any existing damp issues that your basement is suffering from.

Please get in touch with us for more information about our damp proofing services and basement tanking in Ipswich, Suffolk,  and Colchester.

Damp is a common problem, that properties across the UK will suffer from at some stage. If untreated, damp can be extremely damaging to the structure and fabric of your home.

If you are unsure what causes structural dampness, it is the presence of unwanted moisture in the structure of a building. Dampness is caused by either the result of penetration from outside or damp created within the property.

Why does damp occur?

A high proportion of damp problems in buildings is caused by penetrating damp and rising damp. In most cases, dampness is caused by defects or damage to a building like defective roof coverings, render or rainwater gutters and downpipes.

Where can dampness be found?

Dampness can be found anywhere in a building and can affect all types of properties, old and new. It is important that when dampness is suspected you get an accurate diagnosis to determine the type of damp and the cause of the problem.

How can I identify dampness?

At Damp Proofing Specialists, we use a wide range of instruments and techniques in conjunction with our experience to investigate and identify the presence of excessive moisture in buildings. It is important that a professional surveyor assesses your property to determine what is causing the damp.

Is my property damp proof?

It is vital that your property has a damp proofed structure that will protect the building from problems such as penetrating damp, rising damp and below ground damp.

A Damp Proofing system is a moisture control barrier that can be applied to walls, floors and the structure to prevent moisture from passing into the interior living spaces. Damp issues in buildings is extremely common in the UK and damp remedial treatment is one of the most common property care repairs.

What is damp proofing membrane?

Why remove plaster during damp proofing?

Plaster must be removed during the damp proofing process as rising damp coming from the ground not only brings moisture but also brings hygroscopic salts, nitrates, and chlorides.

We are ready to REPAIR YOUR PROPERTY