Making certain the room is dry is the most crucial stage in a successful cellar conversion.

If you’re thinking about converting your cellar, you’ll need to make sure it’s waterproof. Cellars are often found below the water table, making them subject to water pressure from the surrounding ground pushing against the walls and floor. As the pressure increases, the stonework will begin to break, allowing water to enter the cellar. Even a little fracture can allow enough water to leak into the cellar, making it a wet, gloomy, and unpleasant section of your home.

Your decorations, upholstery, and other furnishings would very probably be at risk of water damage if water got into a recently converted cellar. Furthermore, moist or rainy circumstances promote the growth of dry rot and wet rot, as well as provide a damp and humid home for domestic pests.

Families and businesses often outgrow their homes rapidly, and converting a cellar into dry, useable space is a cost-effective option to expand without having to relocate. Converting this under-utilised room can increase the value of a home significantly.

It is critical to provide a dry, healthy environment if the space will be used as a living or working space. Moisture from the ground enters laterally through the walls and flooring of cellars, resulting in dampness. Where the basement is subjected to significant hydrostatic pressure, there may be puddles of water present.

Modern cellar waterproofing methods, on the other hand, allow water to seep into the structure. These systems, on the other hand, regulate water penetration “behind the scenes” by channelling it through drainage systems like WaterGuard and DryTrak, which are used in conjunction with innovative air gap wall waterproofing membranes. The water is carefully channelled out of your property, either downhill or to a sump pump beneath the floor level.

In older homes, basements are both desirable and unwanted in nearly equal measure. On the one hand, many of these subgrade spaces provide space for storage, mechanical systems, and possible residential quarters. Any hole in the ground, on the other hand, will eventually fill with water. Trying to have the benefits of the former without the drawbacks of the latter is a constant challenge, no matter how old the house is.

Basements are prevalent in some locations but uncommon in others, depending on the year and location of construction, the climate, and the difficulty of excavation. Crawl spaces with four feet of headroom or less, as well as full-height “daylight” basements built at grade, are all examples of below-grade space. Regardless matter the style of basement you have, if the water that wants to accumulate there isn’t vented or drained away, it will eventually make itself known in some way.

Waterproofing alternatives for cellars vary, and they frequently combine ancient and modern methods. In most cases, you’ll discover that when the cellar was built, a traditional approach such as cellar tanking or an outside system such as a French drain was installed and that this system has failed over time. 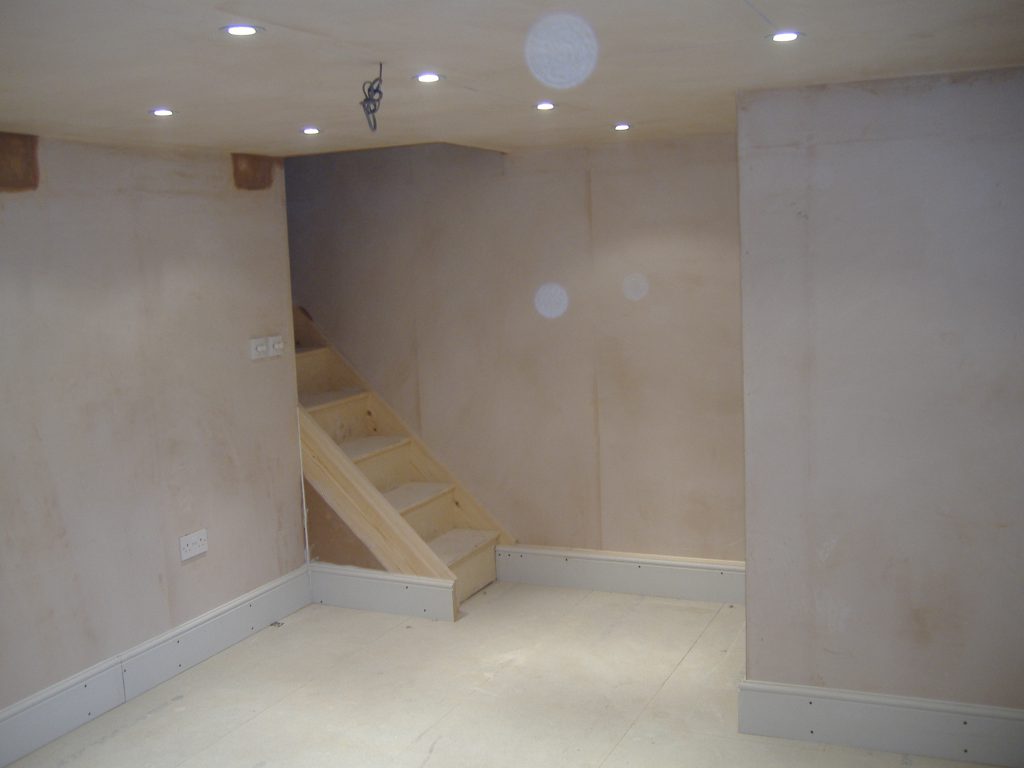 Cellar Waterproofing: What You Need To Know

Do you want to turn your cellar into a usable space in your house? If that’s the case, you’ll need a waterproof cellar. Cellars are frequently located below a “perched water table,” which means that water may fill the earth to a greater level than typical before sinking to the true “water table,” which is located at a lower level. Many cellars can be subjected to hydrostatic pressure as a result of this ‘perched’ effect.

When hydrostatic pressure builds up on the cellar wall, masonry and bricks will fracture, allowing water to pour into the cellar. Even little amounts of water will turn the cellar into a wet, dreary, and dingy space.

Damp conditions are a severe threat to the health of any room in the house since they promote the growth of dry rot and wet rot, as well as attract domestic pests. The last thing anyone wants to happen to their newly renovated cellar is for this to happen.

The purpose of cellar waterproofing is to protect a house’s foundation and basement from moisture intrusion. As a result, its contribution to the building’s safety is literally “essential”; after all, the cellar serves as the foundation for all of the above floors.

Waterproofing a cellar can be done from the inside out, horizontally or vertically. Which option you choose is largely determined by the cellar’s structural features. The choices for cellar waterproofing are described in detail in the following article.

Horizontal and vertical waterproofing are distinct, according to experts. The phrases horizontal and vertical in this context refer to the direction in which the waterproofing material is applied, which is mostly determined by the type of moisture you wish to keep out of your home. This could be caused by rising moisture, commonly known as capillary damp, or by water pressing against the side.

What is the best way to waterproof a cellar?

Waterproofing a cellar can be done in a variety of ways, ranging from old to modern methods. A traditional technique of waterproofing, such as cementitious tanking or an exterior drainage system, such as a French drain, has been placed in many cellars but has degenerated with time.

Whatever the reason for your cellar’s need for waterproofing, there are two major approaches you can take:

The walls of cellars are usually waterproofed by putting a cementitious layer. This impermeable cement barrier, known as tanking, establishes a barrier that prevents any water from seeping into the cellar.

Installing a Waterproofing System in the Cellar

These systems are less vulnerable to cracks and leaks induced by hydrostatic pressure because they manage water entry “behind the scenes” and route it away. They are also easier to maintain.

We are ready to serve you

Damp is a common problem, that properties across the UK will suffer from at some stage. If untreated, damp can be extremely damaging to the structure and fabric of your home.

If you are unsure what causes structural dampness, it is the presence of unwanted moisture in the structure of a building. Dampness is caused by either the result of penetration from outside or damp created within the property.

Why does damp occur?

A high proportion of damp problems in buildings is caused by penetrating damp and rising damp. In most cases, dampness is caused by defects or damage to a building like defective roof coverings, render or rainwater gutters and downpipes.

Where can dampness be found?

Dampness can be found anywhere in a building and can affect all types of properties, old and new. It is important that when dampness is suspected you get an accurate diagnosis to determine the type of damp and the cause of the problem.

How can I identify dampness?

At Damp Proofing Specialists, we use a wide range of instruments and techniques in conjunction with our experience to investigate and identify the presence of excessive moisture in buildings. It is important that a professional surveyor assesses your property to determine what is causing the damp.

Is my property damp proof?

It is vital that your property has a damp proofed structure that will protect the building from problems such as penetrating damp, rising damp and below ground damp.

A Damp Proofing system is a moisture control barrier that can be applied to walls, floors and the structure to prevent moisture from passing into the interior living spaces. Damp issues in buildings is extremely common in the UK and damp remedial treatment is one of the most common property care repairs.

What is damp proofing membrane?

Why remove plaster during damp proofing?

Plaster must be removed during the damp proofing process as rising damp coming from the ground not only brings moisture but also brings hygroscopic salts, nitrates, and chlorides.